Salīm Barakāt as Arbiter between Good and Evil: According to His Long Poem al-Mu‘jam (The Obscure)

Salīm Barakāt, Syrian Kurdish poet, completed his thirty-page poem al-Mu‘jam (The Obscure) in 2004.[1] The poem deals with the relationship between the poet and Evil, the relationship of Evil to Good, and the failure of Good to persuade in the face of Evil’s deceptive ways. We see the poet as a failed arbiter between Evil and Good. Reason and rationality do not prevail. Consequently, there is a need for an intercessor on the Day of Judgment. The poet is convinced that remorse will win an acceptable intercessor, the Mercy of Allah. The poem throughout is a journey through the Qur’ān from beginning to end. It is also the poet’s journey towards the Sufi goal.

[1] Salīm Barakāt. (2007). al-Aʽmāl al-Shi‘riyyah Salīm Barakāt (The Poetry Works of Salīm Barakāt), pp. 559-592. Barakat wrote his poem al-Mu‘jam (The Obscure) between January 2003 and August 2004. I will include my translation of the entire poem in my forthcoming book Creativity Itself: According to Salim Barakat and Mahmud Darwish. 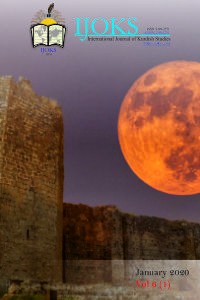